UPDATE (January 2015): Per my original comments, below, you can’t always trust defector testimony, as became clear earlier this week when Shin Dong-hyuk, upon whom this book is based, recanted parts of his story. While this made North Korea very happy – Pyongyang quickly jumped on the story to help boost its campaign to discredit defectors and others that criticize North Korean human rights – the changes in Shin’s story in no way alter the existence of horrible human rights violations in North Korea.

UPDATE (5 December 2012): 60 Minutes recently did an interview with the subject and author of the book. Their report follows a remarkably similar story arc to that of the book, though it does provide more information on the ‘three generations punishment system’ begun under Kim Il-sung.

UPDATE (3 April): [Book Review] A swift kick to the gut – swift, because the book is engrossing (and short) enough to finish in a single sitting; a kick to the gut because you won’t sleep afterwards. The idea that slaves are still bred and raised in this day and age, while the rest of the world turns at least a semi-blind eye, is disgusting enough, when you mix in the conditions these children are forced to fight and survive under … well, this one will haunt you for a while.

Escape from Camp 14 details the story of Shin Dong-hyuk, born to North Korean labor camp inmates occasionally allowed to breed as a reward for their hard work. The book cuts in and out of describing Shin’s life in the camp, North Korea in general, and Shin’s life during and after his escape. The sudden cuts from one story line to the next, in North Korea the main holidays are the birthdays of Kim Il-sung and Kim Jong-il … aren’t quite that abrupt, but they do occasionally get in the way of the story. At times, it felt like the author was stretching to get a book out of a long magazine article, but while it affects the flow, it doesn’t detract from the overall strength and message of the book.


Whether as a download or an actual book, new to North Korea or not, this one is worth reading.

[ORIGINAL POSTING, 29 March 2012] The publication this week of Escape from Camp 14, a book on one man’s life in a North Korean gulag, has brought renewed mass market media attention to the plight of North Korean defectors. I just got the book and have not yet read it; I promise a full review once I finish. For now, a few general comments on North Korean defectors and their previous writings. 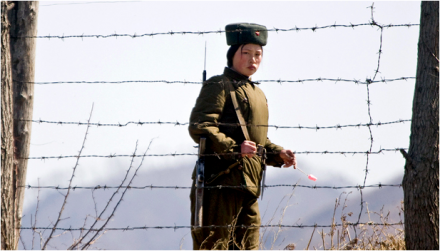 I get it that many people (especially, but not only, on the South Korean and Japanese left) believe that North Korean defector testimony can be untrustworthy, given few, if any, people are available to confirm the author’s veracity. After the recent fiascoes with ‘eyewitness testimony’ in Greg Mortenson’s Three Cups of Tea (see, Three Cups of Deceit, by Jon Krakauer) and Mike Daisey’s The Agony and the Ecstasy of Steve Jobs, I understand the hesitancy to fully trust the stories in Escape from Camp 14, an issue I’m sure the editors of The Atlantic were concerned with when they excerpted, Born in the Gulag: Why a North Korean Boy Sent His Own Mother to Her Death from the book.

That said, I’ve met, worked with, and studied from enough North Korean defectors to feel that, even if certain details are … massaged, there is enough overlap in the stories to make at least the broad claims of beatings, torture, starvation, and other atrocities credible. With 10s of 1000s of people forced to suffer and live in labor and penal colonies, brought on not only by their own ‘crimes’ but also by any crimes committed by family members, the human rights situation in North Korea is one of the largest, longest-surviving, yet least discussed crimes on the planet. [For some offenses, North Korea punishes three generations of your family – meaning that if your brother, for example, mouths off about the government, you join him, your parents and grandparents, or children, in the camps]

Want to learn more about the issue? I recommend the Atlantic article (photo credited to that article) mentioned above, Aquariums of Pyongyang: Ten Years in the North Korean Gulag by Kang Chol-Hwan, a survivor of the camps originally sent there as a child due to comments made by his grandfather (and the three generations punishment policy), Nothing to Envy: Ordinary Lives in North Korea by LA Times reporter Barbara Demick, and Witness to Transformation: Refugee Insights into North Korea, a much more quantitative (i.e. boring) approach to the issue.

Want to actually do something about the issue? Tough. There’s very little you can do for those still trapped in the North (or sent back to the North by China), unless you are or can influence a senior member of the Chinese or North Korean government.