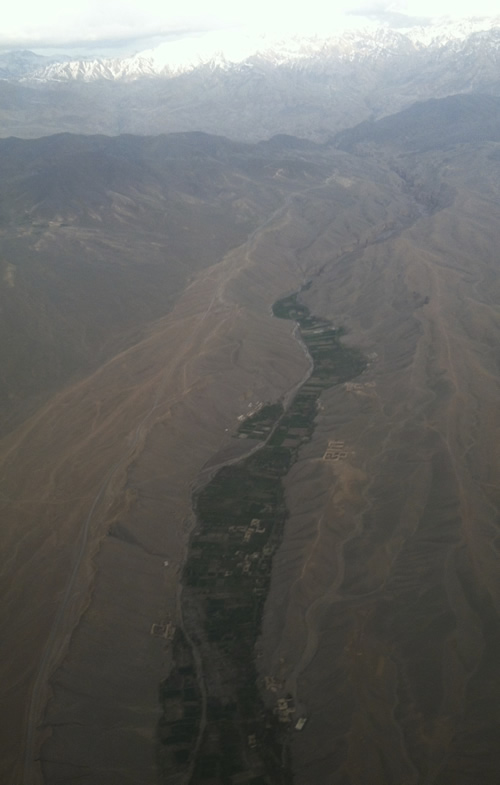 The time in Afghanistan is still too fresh to write about, at least here, so have uploaded photos instead. To the left is an all too common aerial view – a narrow green valley surrounded by an arid, high-desert brown. Below are a couple of views from an Afghan Army bunker. I’ll upload a few more photos on the FB page. 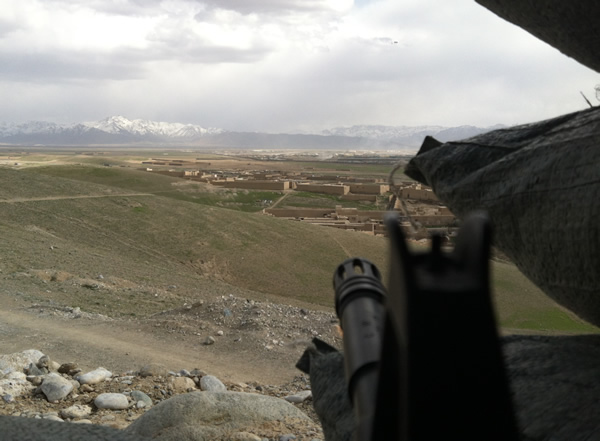 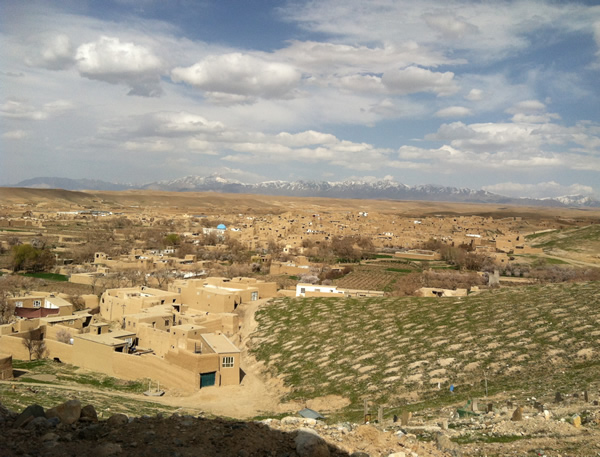 afghanistan
This entry was posted on Friday, September 12th, 2014 at 12:54 am and is filed under Random Travels. You can follow any responses to this entry through the RSS 2.0 feed. You can leave a response, or trackback from your own site.