UPDATE (JAN 2014): I just published another ebook, this one heavily focused on images, and found little has changed over the past couple of years – Apple’s system is still far and away the easiest to use, resulting in a smoother, more appealing final product. Unfortunately, as before, IBooks Author only works on Apple products and proved essentially useless for developing a Kindle book. Given that my sales on Amazon dwarf my sales on all other platforms combined, this is a significant drawback.

Addressing that drawback by using the greater layout, template, and design controls of the Creative Cloud products also proved untenable for Kindle. Amazon prefers submissions formatted in Word, with very limited layout and design options. Essentially, the layout is confined to text, then an image, then more text. Anything involving more complicated, professional layouts proved impossible. Meaning my time spent with Adobe’s products was largely wasted.

In the end, given the project was for an image-focused ebook to be delivered via Amazon and Apple’s bookstores, Creative Suite wasn’t necessary. I used iBooks Author to create a book with a fairly sophisticated, magazine-style layout for iTunes. Then I took the text from that book, pasted it into a Word doc, then added back in the images, to create a book with the layout of a middle school English paper to use on Amazon. The easiest method would have been to just write everything in Word, but the Apple system is so simple to use, and looks so much better (at least for an image-heavy book), it was worth the extra work. The end result however, is readers using a Kindle will have a clunkier experience than those using an iPad or Mac.

UPDATE (29 JAN 2013):If you’re publishing for an iPad-only audience, a class or work team where everyone owns the device as part of the project, then iBooks Author is far easier and quicker for creating new content, especially if it contains video or audio. Even existing content can be easier to route through Author than the Adobe suite, unless you’re a skilled Adobe user with content already set up in one of the suite’s programs (e.g. InDesign, Dreamweaver, Captivate, etc.).

The Black Banners: The Inside Story of 9/11 and the War Against al-Qaeda

[Book Review] Leaves the reader angry, frustrated, and fed up. Not however, because the book is bad, precisely because it is so clear, detailed, and powerful, making the best case I’ve seen yet for why torture doesn’t work and the U.S. shouldn’t be doing it.

The book was written by Ali Soufan, one of the FBI’s former top Arabic interrogators, one seemingly involved in every investigation from the East African embassy bombings and the attack on the USS Cole in Yemen, to 9/11, Gitmo, and beyond. As the book progresses, you can feel the steady increase in the author’s frustration and tension with the bureaucratic, DC way of doing things, including torture, versus being allowed to use his experience, training, linguistic, and cultural knowledge. In the end, completely frustrated and only days after being referred to as, “the future of the FBI,” by the FBI director, the author resigned and left the government.

While the DC bureaucracy in general comes out looking pretty bad, between the author’s reporting and the CIA-mandated redactions (left in the book as black lines through sentence after sentence, page after page of text, including through publicly available Congressional testimony), the CIA comes out looking like bumbling, arrogant, bureaucratic assholes (admittedly, not that hard, but still). State, at least in Yemen, doesn’t come out looking too good either, but the main beating is laid on Langley.

Great article (subtitled: What economists can’t tell you about the most isolated country on Earth) on the North Korean economy by Marcus Noland. 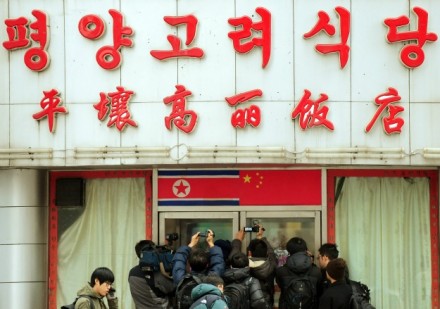 While the best quote comes at the end of the article (“Former U.S. Vice President Walter Mondale once counseled me that anyone who claims to be an expert on the North is a liar or a fool.”), the piece is an excellent reminder on the scarcity of accurate data coming out of the North. Take a look if you have time – a 10-minute read.

[/hang2column] Great story in last Saturday’s Washington Post on riding Amtrak from DC to San Francisco, via Chicago. With comments like, “Sleep came easily — the train is surprisingly smooth and quiet,” “Train etiquette seemed to involve asking strangers where they were headed and why they’d chosen the train,” or “The amount of space between rows on these trains makes a joke of airplane legroom,” it’s obvious the author is somewhat new to long-distance train travel, but appears smitten with the new/old option. Welcome. As someone who was long ago taken with train travel, having ridden lines from Saigon-Hanoi to the Trans-Siberian, and written about trains from Chicago to New Orleans and Tehran to Istanbul (excerpt), I heartily recommend stepping away from the plane, hitting the pause button on your rush (unless you’re taking an actual bullet train, then by all means, enjoy the rush), and trying a little travel. You may be disappointed, you might overpay, it may be unpleasant (i.e. Tehran to Turkey), but it just might be worth it. 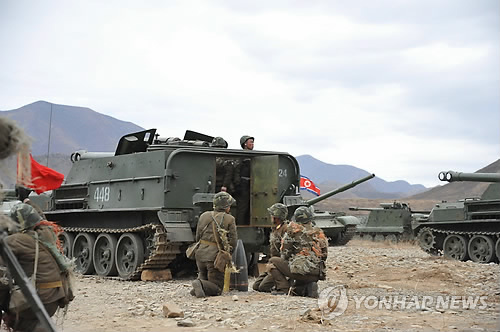 UPDATE (13 March): Right down to the word “tribute.” Compare the post on the recent U.S. deal with North Korea, below, with yesterday’s editorial from the Washington Post on the same subject. Thanks for coming out guys, way to be the ball, way to lead.

UPDATE (2 March): The AP’s new Pyongyang bureau weighs in on the new agreement in this article from the Washington Post. Not surprisingly, the citizens of Pyongyang allowed to speak to the AP are mistrustful of the U.S. and not very hopeful of any reduction in tensions. Going forward, it will be interesting to see what kind of reports this new bureau will be able to dispatch from the North.

Not to be overly pessimistic, but unless you are a starving North Korean, the recent headlines (JoongAng Daily, Washington Post) about North Korea agreeing to suspend nuclear weapons testing, long-range missile launches, and uranium enrichment activities for U.S. food aid really don’t mean much.

As South Korea trades in electronics, cars, and the rest, North Korea trades in international tension. The recent deal allows the North to acquire 240-300,000 tons (accounts vary) of badly needed food aid from the U.S. in return for hitting pause, not stop, on its nuclear and long-range missile development programs. Once the food arrives, there is little to prevent Pyongyang from resuming either of these activities.

For the better part of a week, South Korea has been worrying over and protesting China’s return of North Korean defectors caught inside China. The South has even discussed bringing the issue to the UN – a move that would mark a radical (and long overdue) departure from South Korea’s normal quiet diplomacy with its much larger neighbor.

It’s high time that China lived up to its international treaty obligations and stopped returning defectors to a country, in this case North Korea, knowing full well the dire consequences awaiting the refugees upon their repatriation. For its part, the South needs to be firm with China about protecting a group of people that, under South Korean law, have the right to become South Korean citizens. This may have short-term trade repercussions for the South with its largest trading partner, China, but long-term economic trends will mitigate any momentary damage to the relationship, plus provide domestic political and diplomatic benefits for the party willing to take a stand.

UPDATE (10 March): Narration capability? There really isn’t any. While the OS has a built in text-to-speech reader, this is English-only on the system I’m using to write my current book, meaning it only reads some of the words. Given the book I’m writing is partly in Korean (and I’m sure I’m not the only person writing a language book), having the system skip whole phrases and sentences as it reads is less than desirable and makes QCing my work a hassle. Being able to add my own narration would make for a more educational, friendlier, and less robotic product.

Using widgets, I can add audio files, but the amount of space the player takes up is too large, at least for my purposes. All I want is a small play/pause button next to a headline, and the option to have the audio start automatically upon page load. If someone would like to listen, they have that option, if not, I’m not wasting a lot of screen space on an unused player.

I may be the only person on the planet who likes Adobe Captivate’s built-in voice recording and editing features, functionality I would love to see incorporated into Author, along with the smaller player mentioned above. This would allow me to do most of my work in one program, plus build in an unobtrusive option for sound/narration. Instead, as it stands now, I’ve got to use another program for creating and editing my sound files, then paste them into Author (an admittedly easy process), then devote a relatively large section of the screen to a player some or most readers may never use. Not optimal, but forgivable in software as yet only two months old.

The Coldest Winter: America and the Korean War

[Book Review] Thick. I’ve always enjoyed Halberstam’s work and this book is no exception, with well-sourced, evocative writing that brings alive the subject and keeps the reader interested long into the night.

At over 660 pages, this will not be a quick weekend read, but the insight and enjoyment make the book worth tackling. The portrayal of MacArthur alone is worth the price of entry, as is the discussion of U.S. failures to see and understand China’s entry into the war, despite numerous warnings (feel free to insert parallels to Pearl Harbor and 9/11 here).

I should have reviewed this in 2007 when I first read it. Apologies for the delay in highlighting this worthwhile, enjoyable work.