The Choco Pie, a popular South Korean snack food, has apparently become so popular in Kaesong’s joint North-South industrial park (i.e. SK businesses, NK labor) that they have become viewed as “dangerous symbols of capitalism” by some in the North. It seems North Korean workers are smuggling out the pies, commonly handed out as snacks by SK businesses in the park, and then selling them to other North Koreans. Snack food for sale! The horror! If Mubarak and Qaddafi had only banned snacks, they’d still be in power today. 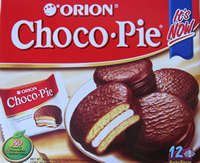 The issue has gotten so serious, representatives from SK companies operating in the park met to develop a “uniform Choco Pie policy” (you can’t make this stuff up) limiting the number of the pies handed out to workers as a way to mitigate the crisis. The North’s government urged the snack food be banned altogether and replaced with cash (food, bad; hard currency, good), but so far the companies have refused.